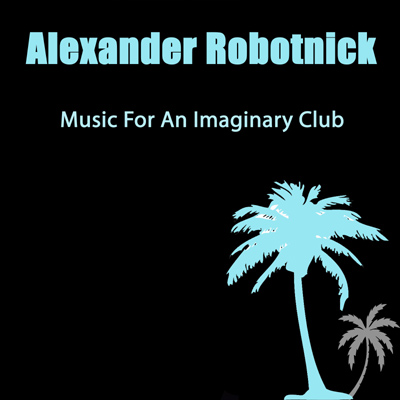 The work has been divided into 9 chapters:

1) Dorian – 121 bpm – The title refers to the second mode of the ancient Greek scale. Just like many of Robotnick’s tracks it represents his personal challenge of producing modern techno music using old synths to keep that special warmth they are famous for.
2) The Answer Is – There’s no direct answer coming from the lyrics but if you find and follow its subtle melody, then you ‘ll find the answer too.. in my imaginary club
3) You Have Time (124bpm) – You don’t, of course. The feeling of being short of time has grown into an obsession for Robotnick in the last few years. Now he is trying to take things easier, so this track title is actually a wishful thinking. Whatch the VIDEO here

1) Ah Le Plaisir! – In Robotnick’s mind it was meant to be a kind of “sexy” track but it came out pretty funny. Nothing serious just dance.
2) Set Your Brain Free – say Robotnick’s lyrics on the second track, but a very doubtful music phrase answers that pretencious call. It’s better going with the rhythm and dancing to the groove.
3) Bing Ball – is nothing but a groove, quite aggressive to be honest.

1) Kind Of Blues (123 bpm) – has nothing to do with Miles Davis, it’s a disco-tech track where the cyclic turnaround recalls a sort of blues progression.
2) I Love This Clive (125 bpm) -is a tech-house track where the clive plays a funky groove. A synth-wave part completes this journey across the universe of funky electronics.
3) Kali Yuga (124 bpm) – is the time of Kali, our time. Nothing is as it appears. Like this track itself that starts off in electro-house style and then plunges into deep-house.

1) Maiden Voyage by Herbie Hancock (118 bpm) (Blue Note) Watch The Video-clip here
2) Impressions by John Coltrane (120 bpm) (Jowcol Music)
3) Freddie The Freeloader by Miles Davis (122 bpm)(Kobalt)
Robotnick has always loved modal jazz of the 60s but had never practiced on it since his early studies in music in the 70s. The reason why after so many years he is approching these themes again is to show how their appeal remains unchanged even when interpreted in an “easy listening” mood like that of Robotnick’s “techno disco”.
So he stripped them off jazz improvisation (he radically changed their nature since those themes originally were “cues” for their authors to improvise from ) and re-arranged them into dance tunes. Oddly enough Robotnick reverses the use jazz musicians make of pop music themes – think of Coltrane and how he made use of “My favourite things” , a popular American musical). Robotnick turns these great jazz masters ‘ themes into pop tunes.
” I hope the authors – both those gone by ,such as Coltrane and Davis, and those still kicking , such as the ever great Herbie, will be indulgent with my work” says Robotnick, ” this is actually my love declaration to the music universe they stand for at its highest level .”

1) Freaker (120 bpm) – where out of an electro-funky base come synthetic horns and also a romantic theme , something Robotnick unfortunately can’t do without.
2) Love machine (120 bpm) – is derived from a MIDI file Robtnick found on a website entirely dedicated to jazz transcriptions. He looked for its composer , couldn’t find him but was so much in love with that material that he drew inspiration from it to create a funcky track played by an imaginary electronic band.
3) Media House (124 bpm) – is a very rhythmic track echoing modal jazz with a horn riff that cyclically breaks in like a wave of energy. During the whole production, Robotnick was oddly haunted by a fantasy: a guy with a glass in his hand dancing along that horn riff heading to the dancefloor from the bar. The dancefloor in his imaginary club, of course. Below a mix of the most jazzy tracks from Music From An Imaginary Club Vol 4 and Vol 5

1) This Is No Country For Heroes (122 bpm) – is not really a dance track but rather a soundtrack. The country referred to in the title is obviously Italy but it may apply to many other countries as well. A highly dramatic theme breaks into a dark and unusual Samba rhythm symbolizing the light-minded and superficial way leaders – not only political – are first exalted and then violently thwarted in this country. watch the videoclip here
2) India (120 bpm) – despite its title, does not contain any traditional Indian music – which indeed Robotnick knows quite well – but is inspired on urban India, chaotic and “globalized” , a country of numberless contrasts.
3) Tubuntu (120 bpm) – whose title is probably derived from the famous open-source O.S. , is a typical track in Robotnick’s style that starts in a tech-house mood and turns “progressive” at the end for those who feel like listening till the end….

1) Zombies’Tune (123 bpm) – a minimalist track based on a powerful electronic groove: a music phrase, almost a call , comes up from time to time…it’s the signal.
2) Missing the future (125 bpm) – is a more cheerful, party-oriented track that features guitar riffs and
electronic horns. After the melody of the central part it dives back into Robotnick’s electronic funky.
3) They are singing again (127 bpm) is a somewhat darker but still dreamy track. The halfway melody sounds
intentionally alien and can be perceived as the result of a nightmare or as a message of hope. It depends on your mood.

1) Famino (123 bpm), a hypnotic melody and some open chords sustained by the 90s house rhythm.
2) Night Echoes (125 bpm) – is something I’d like to hear from a distance at night while walking back from my imaginary club on a desert beach.
3) Peace & love (122 bpm) – ironically speaking considering the present circumstances – features one of Robotnick’s typical bass lines , a groove in between house music and disco and some vocal samples that give the track a 90s flavour.
4) My Imaginary Club (116 bpm) – is a slower track, useful for warming up the party with a dreamy ambient sound.

1) Don’t Look Back (105 bpm) – Robotnick takes a typical Italo-Disco riff and blends it into a slow electro-funk rhythm where an obstinate TB303 pattern makes the skeleton of a body full of references to the tones of the 80s and yet the track has no classical Italo-disco sound. The same concept applies to the second track ,
2) Deep Italo (118 bpm) – here too a typical Italo-disco riff is introduced into a virtually deep-house context. It’s never easy to stick music genre labels to Robotnick’s tracks. Robotnick’s entire production of these last years takes up a real challenge: competing with “all digital” contemporary music production using the warm sounds of his vintage synths, processing them with modern digital technologies but never leveling them off into the unreality of digital sound.
3) Let The Rhythm Play On (126 bpm) – closes Chapter n. 9 with an ironic pot-pourri of many different musical styles, ranging from funky to ambient-house and techno.