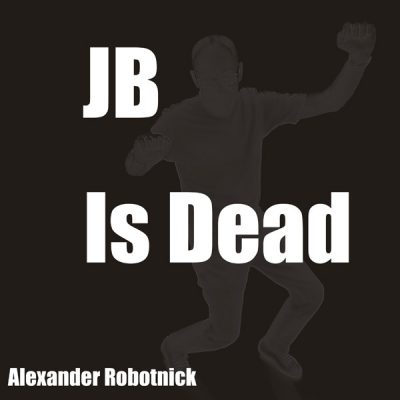 JB Is Dead (release date: December 22 2010) is a single by A.Robotnick, coming in three different versions: The “krypta” version is inspired by the first works of the Italian producer, (Ce n’est q’un début, Rare Robotnick’s & Rare Robotnicks II) and made using just the old analogue gear he owned in the early 80s, while the electro and the club versions are more suitable for the modern nu-disco wave. Despite of the title, it has nothing to do with the famous hit from the early 90s. This is a true homage to the great soul/funky artist who passed 4 years ago. Robotnick plays the classic funky rhythm of James Brown songs in a minimalist way, seasoning it with his well known black irony.
Listen to it and buy
1. JB Is Dead (club version) 06:24 120
2. …………….. (Krypta version)08:26 120
3. ……………. (electro version) 05:55 120

Listen to it on Spotify:

This track comes from a distant time, the early 90s. It was originally a demo-tape

Alexander Robotnick, electro, electronic music, JB is dead
We use cookies to make sure you can have the best experience on our website. If you continue to use this site we assume that you will be happy.OkLeggi di più