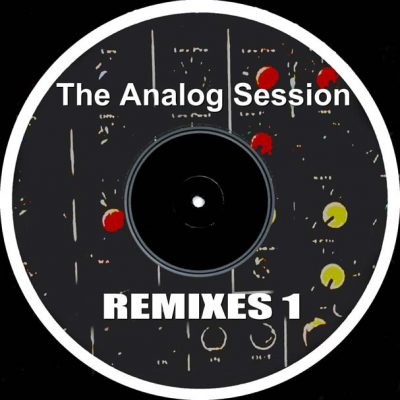 Shortly after the release of “April” The Analog Session is ready for another go with 2 remixed tracks from its latest album.
In “Effai(Late Night RMX)” and “Ascension (Late Night RMX)”Alexander Robotnick & Ludus Pinsky re-interpret in Tech-house style the material recorded in the improvisation sessions that led to the making of the album . The result is a powerful groove, minimal but extremely warm because it’s analog and made more pouncing to hit the dance-floor.
The Analog Session – Remixes 1 is another step into the artists’ exploration of analog electronics of the 70s and early 80s prooving that analog sounds indeed better not only in “space music” but also in contemporary techno-house.
The Analog Session are: Alexander Robotnick & Ludus Pinsky
YOU CAN LISTEN AND BUY HERE
1. Effai (Late Night remix) 06:37 128
2. Ascension (Late Night remix) 07:30 127