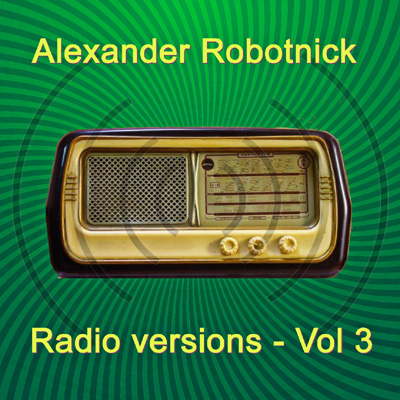 For Radio Versions VOL3 Robotnick picks some of his favorite tracks.
Starting with “Les Grands Voyages de l’amour” that dates back to the early 80s, published in Rare Robotnick’s and then on vinyl by Hot Banana. Followed by “Can I have an Ashtray?” the track Robotnick chose to produce his first video in 2010. Not to mention “Obsession for the Disco Freak”, which also was the soundtrack of a popular video by its author. And then “Undicidisco” , the biggest hit in this volume also thanks to JV’s re-edit released on vinyl. Finally “Alienation” from Oh No…Robotnick! , “You have time” , “It Was Like a Dream” from “Music for an Imaginary Club”.

All tracks composed and produced by Alexander Robotnick