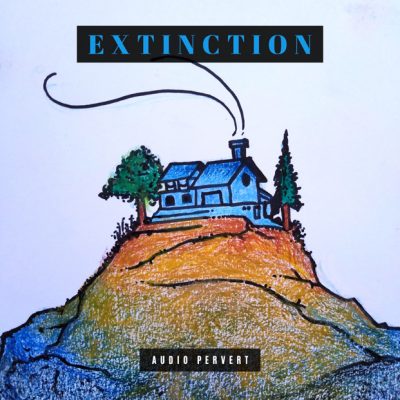 
Audio Pervert – Extinction
Audio Perver t (Samrat Bharadwaj) is a Musician, Producer , DJ,
Curator and Writher based in Valencia, Spain. He is connected in
myriad ways with global music culture for almost 18 years. ‘Extinction’ is the
7th independent album by Audio Pervert. The album is dedicated to
Climate Justice and the 6th Mass Extinction. The sound is a
reactionary outcome to the on-going sacrifice of the ecosystem and
the planet for the continuation of industrial civilisation (human
progress). An audionarrative, call it Post-Techno, using minimal
resources made of analog instruments, field recordings and virtual
processing. Splitting the attention between tone, modulation,
rhythm and space.
Voice samples of Greta Thundberg (Climate Activist) and Ilhan Omar
(First Black Muslim Congresswoman in America) inject the truth,
albeit from the outer margins of society.
‘Extinction’ by Audio Pervert is composed and recorded in Cullera, a sea-side town in
Comunidad Valencia, Spain.
All proceeds from the sale of this
album will be directed to Climate Justice and Environmental
Protection Activism. Fact is, that we as a civilisation are not in
control anymore. As an artist and fellow human being, I ask you to
address an important question. What is it that you value most? more
than money, more than fame? Think, reassess and readapt life for
the sake of your children, the future generations and the planet.
There’s only one earth. Climate change is the defining crisis of our
age. Hope is not an option without collective resistance.
www.audiopervert.blogspot.com