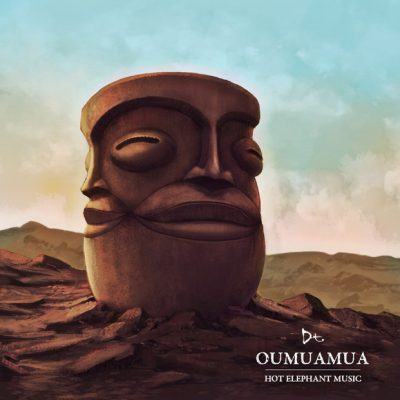 Flo aka Determind is one of the brains behind ARCAN Saigon.French producer now based in Vietnam, Flo is developing his new deep-tech project straight from outter space to be injected in the very bones of the club and quickly becoming signature sound in the city. Deep synth bass, Ethnic samples, Tribal vocals, and inspirational melodics, Determind’s atmosphere is wild and percussive but with an interesting softness compared to his production debuts 10 years ago in the Tekno scene.

Mad Circus
« The people who are dancing are considered mad by those who cannot ear the music ! » Determind first deep tech track and one of his best. The track is a smart mix between world music and deep tech : Using kemençe samples, the Turkish Lyra, Beautiful Arabianns vocals and percussion, Determind is giving a true soul to the track. Then comes a sick synth bass after the first break that give the track
its real intensity and madness.
Confrontation
“The Confrontation has come” Confrontation is dedicated to my brother and his friends who has been practicing rugby during their studies.
“Confrontation” is the French word used for a rugby match. That’s why Determind is using samples of the “Ka Mate”: the Maori haka. An ancient tribal song that Maori warriors used to sing to challenge
their opponent on the battlefield and today used by the Old Blacks
rugby players.
Abstraal – The remixer
Abstraal is an abstract project born from the elastic union of astral scientists in a secret lab based in Baïkonour…
FB : Abstraal on Facebook
SC : Abstraal on SoundCloud
IG : Abstraal on Instagram